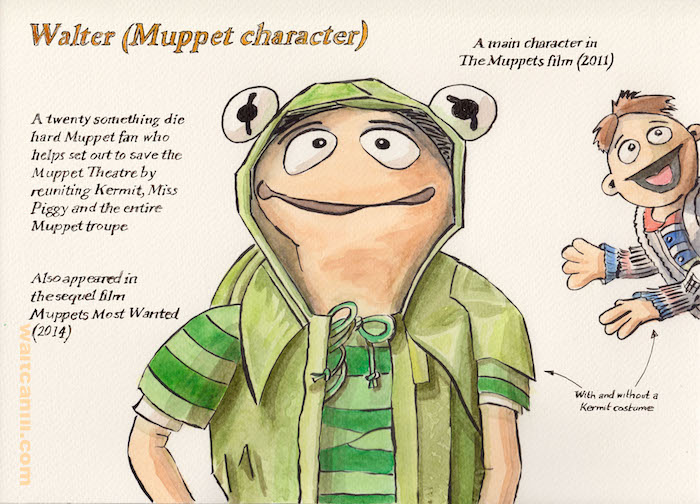 A finished ink and watercolour of Walter from The Muppets Film for my personal project ‘A Collection of Walters’ following on from some recent drawings. I’ve painted him both with and without a Kermit costume as he looks a little too like Kermit with his ears and hair covered by the Kermit costume he is wearing.

Walter (Muppet character)
A main character in The Muppets film (2011
A twenty something die hard Muppet fan who helps set out to save the Muppet Theatre by reuniting Kermit, Miss Piggy and the entire Muppet troupe
Also appeared in the sequel film Muppets Most Wanted (2014)
With and without a Kermit costume