About:
I have taken part in Developing Landscapes which is organised by two London artists, Ali and Seb who are putting on an exhibition for this theme. They have brought together a diverse group of enthusiasts, hobbyists, painters, creatives…anyone interested in painting local and urban landscapes to collaborate and exhibit their works at the end. Their theme is the developing landscape of their local borough, Wandsworth. This area is changing faster than any other in London with more homes and apartments being built, development of the iconic Battersea Power Station, a new American Embassy and more. This means a perpetual scene of cranes, lorries, scaffolds, girders, glass, fences, hoardings and other gritty visual delights!
They wanted the group to visit these sites to explore and paint them. They sought us to capture them in their various stages of construction when they are usually overlooked or capture the atmosphere, activity and life of these sites.
https://www.instagram.com/developing_landscape/ 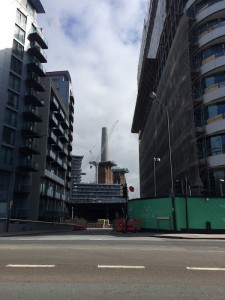 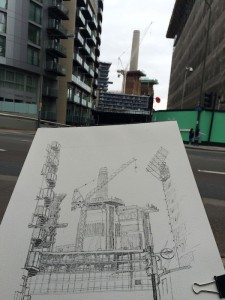 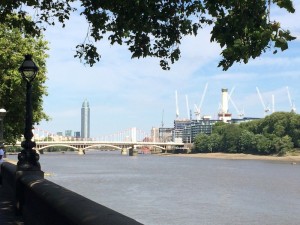 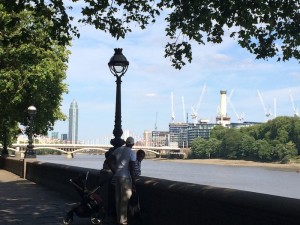 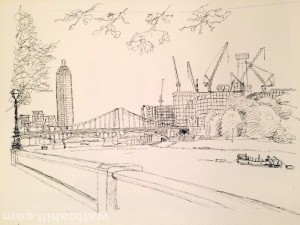 Vauxhall:
We found ourselves painting a view of the Vauxhall Sky Gardens which is under construction. I soon began to see how the building reminded me of a Dr Who Dalek so I evolved the painting to perhaps a controversial statement on what is happening to the area. I have been rather disappointed by the lack of creativity in the architecture. Do we really need another tall boring cylindrical shape just like the neighbouring Vauxhall Tower on the skyline? Where is the creativity? 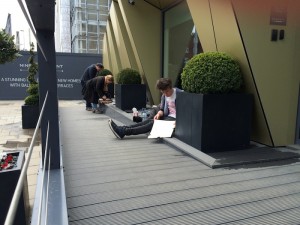 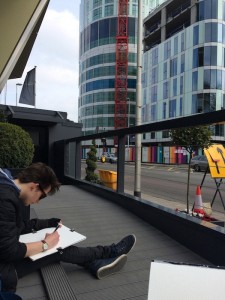 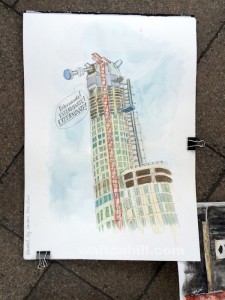 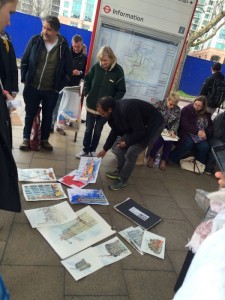 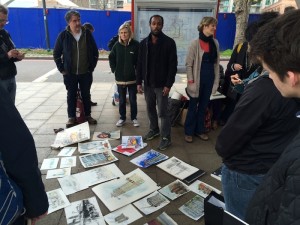 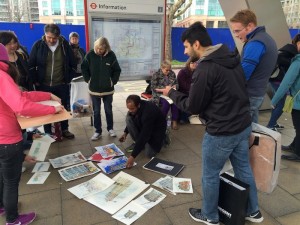 Vauxhall to Battersea Riverside Walk.
I joined the Developing Landscapes group for their final day of producing on-location art. This event to draw from the Vauxhall Riverside Walk and Environs was supported also by Drawing London On Location group.
Most of the artists operated along the river between Vauxhall Bridge and Battersea Power station. Some even took to a fishing trawler that had been converted to a house boat. My attentions focussed on the construction in progress on the new U.S. Embassy and I soon realised I was sitting yards from a small mosaic with Edward Snowden on it including the words, ‘Thanks for the Truth’ so I looked to combine them in some way in my work. 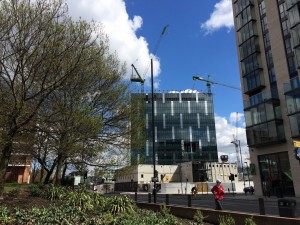 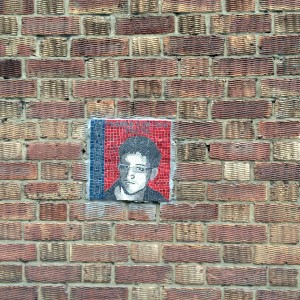 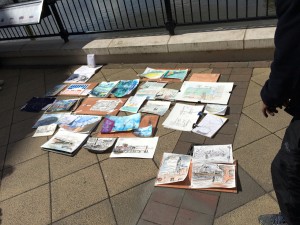 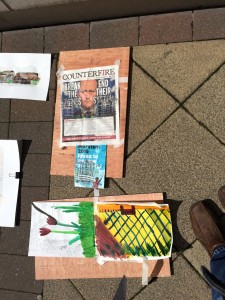 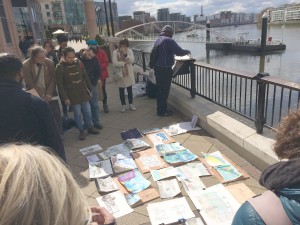 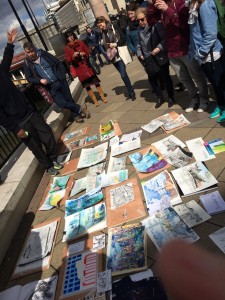 Developing Landscape Exhibition  7th – 15th May 2016
The exhibition includes four of the pieces I created during the programme. The Exhibition Preview took place on Saturday 7th May 2016 at The Pumphouse Gallery, Battersea Park, London SW11 4NJ 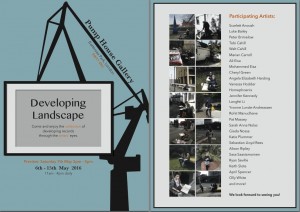 Fellow artists
Here is another blog post on the Developing Landscape exhibition. This is from one of the artists, Sasa Saastamoinen.
http://sasalainen.blogspot.co.uk/2016/05/developing-landscapes.html