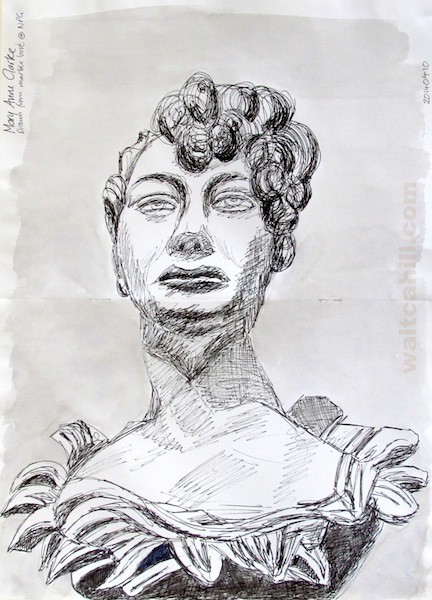 Drawn from the marble bust of Mary Anne Clarke by Lawrence Gahagan. She was the mistress of Prince Frederick, Duke of York and Albany. Their relationship began in 1803, while he was Commander-in-Chief of the army. Later in 1809, she wrote her memoirs which were published.