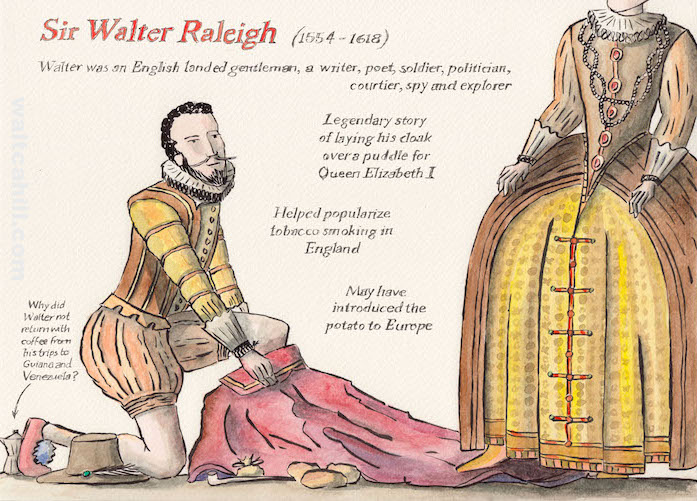 A finished ink and watercolour of Sir Walter Raleigh for my personal project ‘A Collection of Walters’ following on from some recent drawings.
I’ve starting off with this Walter as I was quite often referred to as ‘Walter Raleigh’ during my childhood and teenage years. Partly because people liked to conjure with my name and also because I rode a number of Raleigh bicycles.

Sir Walter Raleigh (1554 – 1618)
Walter was an English landed gentleman. A writer, poet, soldier, politician, courtier, spy and explorer
Legendary story of laying his cloak over a puddle for Queen Elizabeth I
Helped popularize tobacco smoking in England
May have introduced the potato to Europe
Why did Walter not return with coffee from his trips to Guiana and Venezuela?