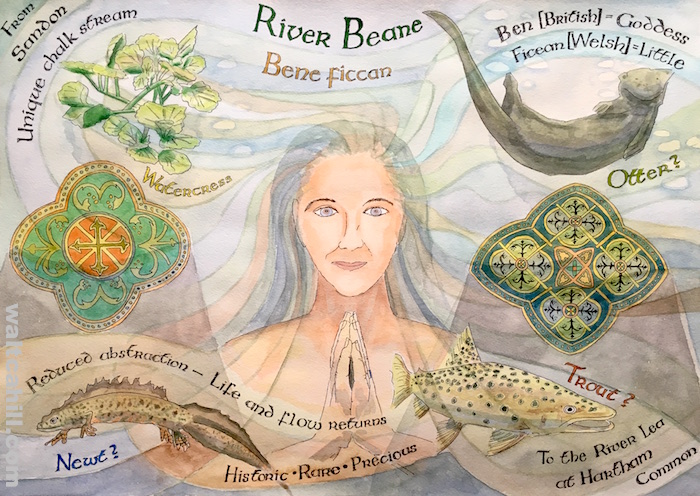 I have almost finished these two watercolour paintings that form part of this personal project. I have painted the smaller version to a maximum measure of 12 inches with the much larger A2 size allowing me to work in more detail with a greater variation of colour and brush stroke. 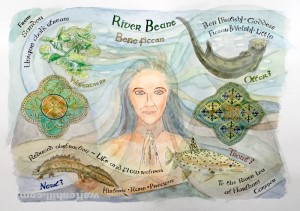 PROJECT BACKGROUND
I was looking for local subject matter for a personal painting project and I found it in my local river.
The River Beane, which passes close to where I live, has had a challenging existence due to the water abstraction that started in the Fifties and Sixties. Since then the flow of the river has been impaired to such an extent that the river has rarely flowed in the summer months. Locals recall how there was once trout, newts, otter and even the possibility of canoeing in the river. The water board is currently in the middle of a program to significantly reduce the river abstraction with a reduction target achieved in 2015 and another set for 2018. The hope of those living in the area and of river conservationists is that the water flow and wildfire will return this very pure and unique chalk stream habitat to its original state.
My original idea was to create a River God as a central Celtic theme. I soon switched to a goddess partly because my research revealed the origins of the name River Beane were from English and Welsh words meaning Little Goddess. The River Boyne in Ireland having similar Celtic meaning.
I like to include lettering and imagery to help tell a story so these watercolours provided a great opportunity to hand render and paint Celtic style type to help support the imagery.