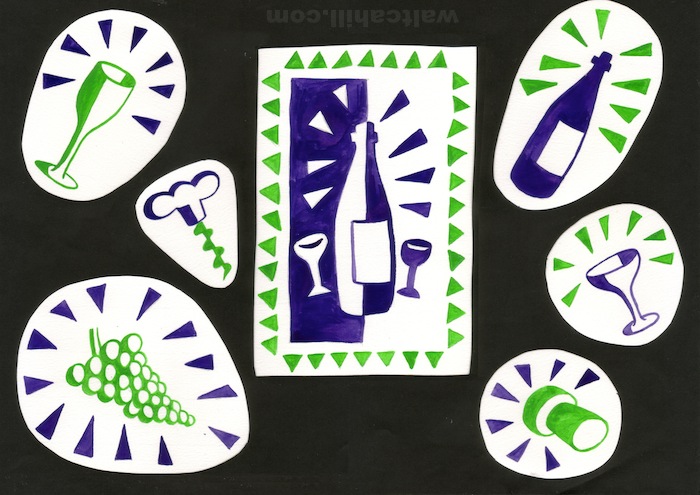 My Wine Club leaflet design for Selfridges Limited, Oxford Street, incorporated a set of illustrations I produced as part of the project. The images were hand rendered in gouache paint and marker visuals were produced prior to seeking approval to progress the project. Typesetting was followed by a paste up and marked up artwork, which was the norm prior to the digital revolution.