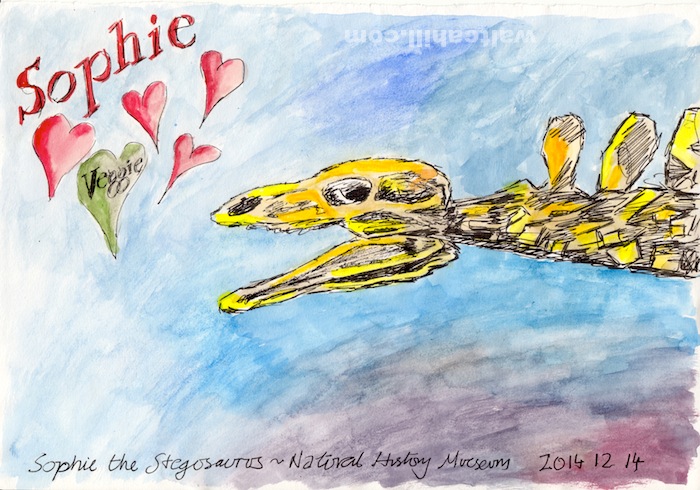 Drawn whille taking part in a Drawing London on Location event at the Natural History Museum’. My sketch was heavily influenced by the worlds most complete Stegosaurus being described as a ‘she’ and named as ‘Sophie’, I was therefore surprised to later learn that the museum scientists do not actually know the sex of their Stegosaurus and that she was named Sophie after the daughter of the wealthy hedge fund manager whose donation made the acquisition of the skeleton possible.