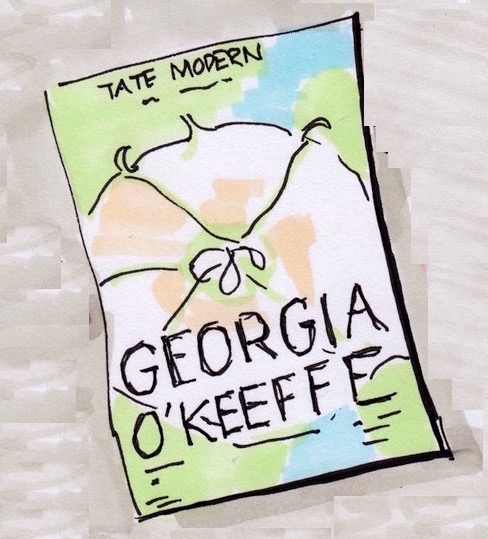 I recently visited the David Hockney exhibition ’82 portraits and 1 still-life’ at the Royal Academy. It was very enjoyable. A few things struck me personally.
Firstly, I thought it was great to see such a large project/programme of related work in one place. The consistency in using similar backgrounds, the same chair, similar light and the same size canvases made me focus more on how the actual subjects were depicted including how the were sitting and such things as the expression in their hands.
Secondly, I felt a little disappointed by the variation between the canvases in detail captured which interrupted the flow a little for me.
Thirdly, I was fascinated at how some of the basic rules of proportion especially in the face had on occasions seem to have been quite blatantly ignored but somehow didn’t look wrong. Some of the faces were caricature-like and I began to think personal observations and exaggerations from the artist had been introduced due to him knowing the subjects so well. 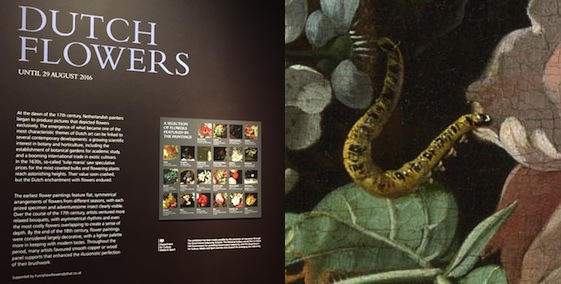 I recently visited the Dutch Flowers exhibition at the National Gallery. http://goo.gl/5VasrO
Although I appreciate the detail and the place of these paintings in history, I’ve realised this type of art is just not my cup of tea. Personally I prefer there to be an obvious or maybe not so obvious, suggested or even imagined story behind a picture.
With flowers there is a vase of flowers and perhaps an imagined story line of these being grown, picked, studied, arranged, painted and often the only slightly humorous drama for me is there is some sort of bug feasting somewhere on them. 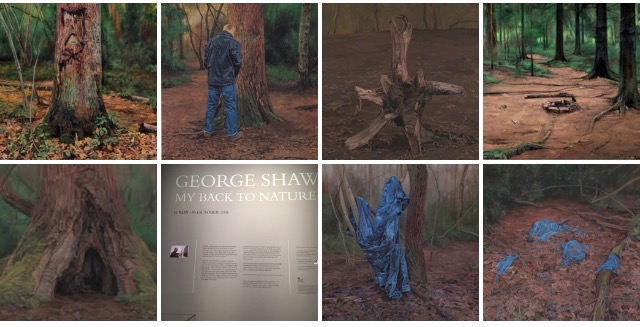 I recently visited the George Shaw exhibition at the National Gallery.
https://goo.gl/T5txQt
I loved it. A study inspired by various mythological woodland landscapes by artists paralleling the way people might behave in the woods today. A quirky aspect is all were painted with the small tins of Humbrol enamel paint, the type used on children’s airfix models. 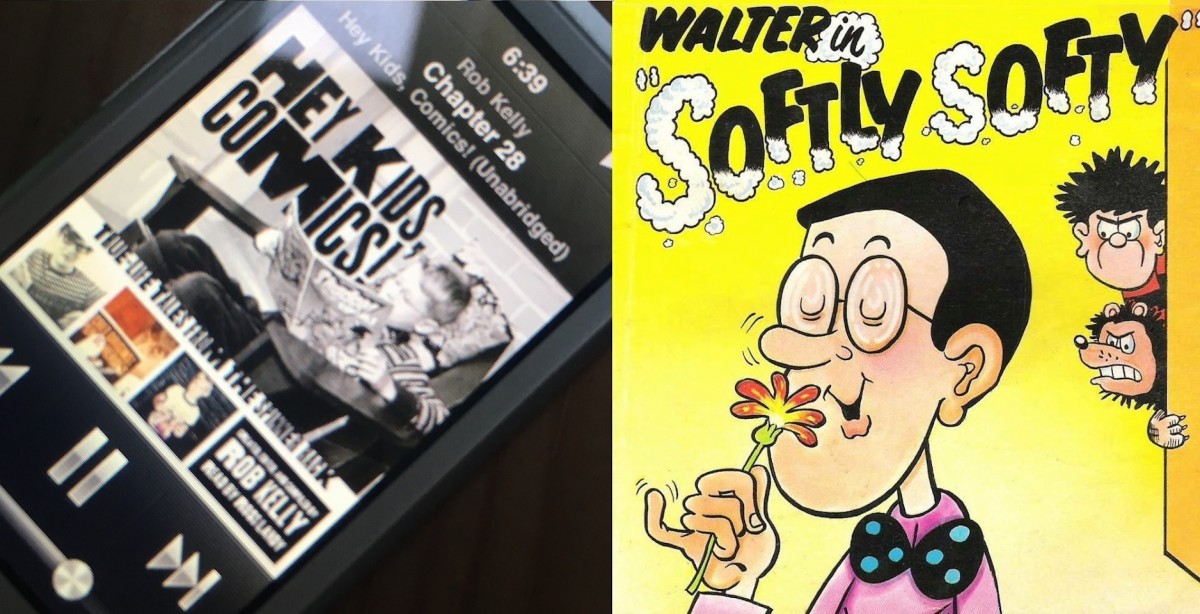 Chapter 28. ‘Growing up in Bash Street’ covers the anarchic British comic publications, Beano, Dandy, Topper, Beezer with focus on comic artist Leo Baxendale.
As a child growing up on the late seventies and christened a ‘Walt’, I was (and still am) psychologically tarnished by the depiction of Walter, Prince of the Softies in Dennis the Menace [the british spikey haired proper bully not the American one]. The author describes Dennis as ‘forever tormenting his nemesis, Walter the softie, whose crimes amounted to being well behaved and intelligent’.
That’s the most credible description of poor Walter that I have read to date. 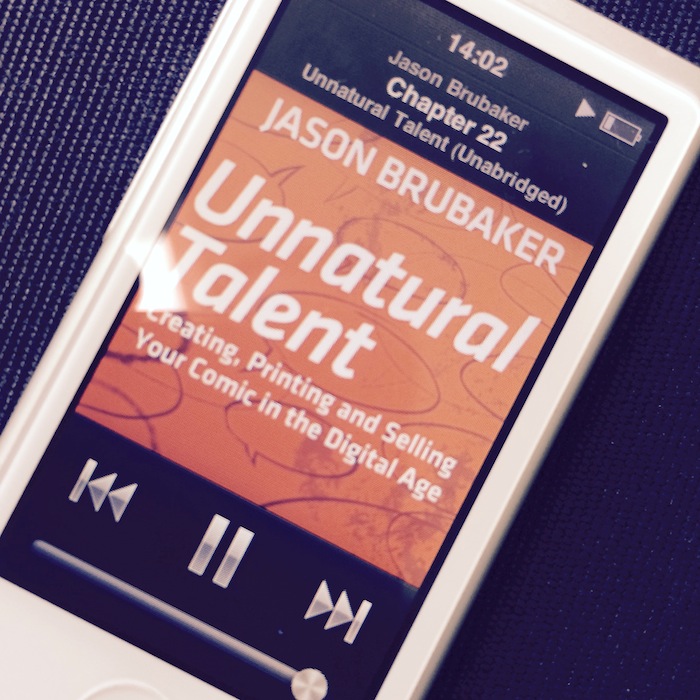 I’ve just finished my second listen to the book ‘Unnatural Talent’ by Jason Brubaker. It’s about producing comics in the digital age and it was an inspiring listen/read for me.
Some of his words towards the end were so striking that I wrote them down and they are not just applicable to the arts.
“Your secret formula is you are a unique person with a unique vision and perspective on life. If you can just tap into yourself, into your heart then your story and your approach will be unique and interesting…after all talent is not natural, you have to work hard at it. I’m glad it’s unnatural too. It means I can obtain whatever talent I want if I try hard enough”. 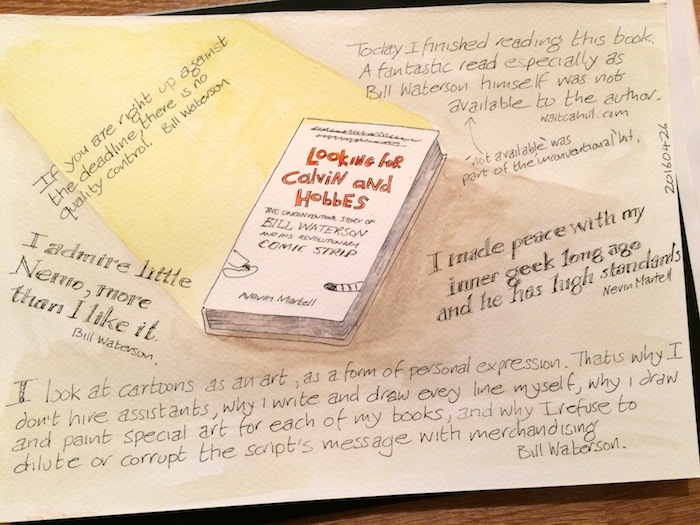 Today I finished reading this book, a fantastic read especially as Bill Waterson himself was not available to the author. The ‘not available’ was part of the ‘unconventional’ story told in the book. 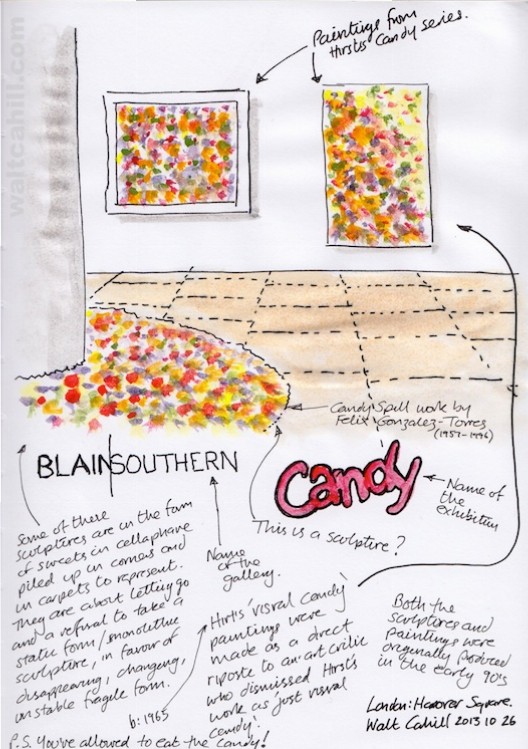 Paintings from Damien Hirst’s ‘Candy Series’. Candy Spill work by Felix Gonzalez-Torres (1959-1996). Exhibition is called ‘Candy’. Some of these sculptures are in the form of sweets in cellophane piled up in corners to represent letting go and a refusal to take a static form/monolithic sculpture, in favour of disappearing, changing, unstable form. Blain Southern (London, Hanover Square) is the name of the gallery. This is sculpture? You’re allowed to eat the candy.

Hirst’s [b: 1965] ‘Visual Candy’ paintings were made as a direct riposte to an art critic who dismissed Hirst’s work as ‘just visual candy’.

Both the sculptures and paintings were originally produced in the early 90’s.